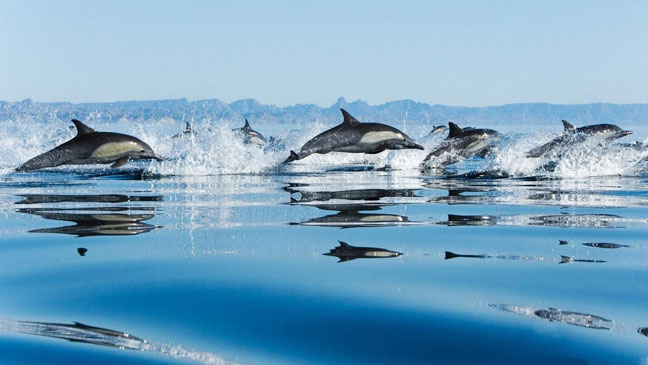 Several countries kill dolphins every year. Taiji is one of them. Fishermen, hunt, kill and/or capture dolphins from September to March every single year. Slaughtering, capturing, selling and even consuming dolphin meat. Between the number of dolphin that are driven into the Cove every season, all those who die in captivity and all the stillborn babies that never had a chance, the numbers of pods coming by the Cove seem to be dwindling each year. The Japanese quota is not being met. Is it because they are depleting the dolphins before they even has a chance to recover? The Oceans belong to us all and when it dies, we too will die. Make your voices heard! Speak up for the captive who have no voice and help us end this abuse of cetaceans everywhere.

We believe in the preservation of our oceans and we support the efforts of Sea Shepherd and Ric O'Barry's Dolphin Project. Did you know some babies are taken back out to sea and dumped after they have witnessed their entire family being slaughtered in front of them? It's true and horrifying for these young calves. A calf will usually nurse from 11 months up to 2 years and will stay with it's mother until it is between 3 and 8 years old. In places like Taiji, Japan they are given orders from Marine Parks to capture dolphins for your entertainment and they kill hundred's sometimes thousands of dolphins per season. Some for meat and the rest to sell to Marine Parks around the world. (6 months every year, September - March) Please pledge to never visit a captive facility and the spread the world that captivity kills.