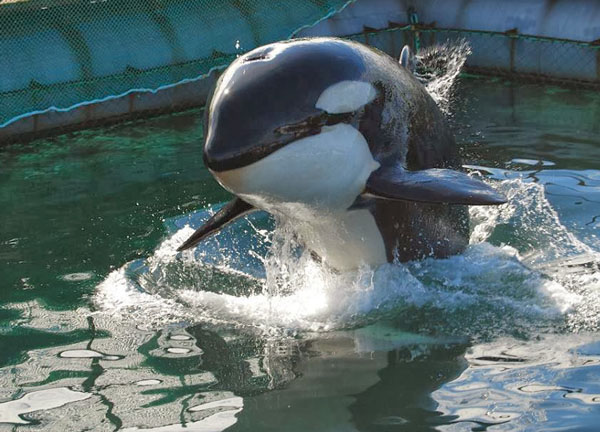 If SeaWorld loved their animals

Knowing what we know now about the complex, social structures cetaceans use. The different languages they use to communicate with eachother and the abuse of keeping cetaceans in captivity SeaWorld would have changed their business model by now and retired these animals.
Do you think a killer whale would do tricks if he wasn't hungry? Imagine for a moment having to do tricks for food. This is not educational in any way yet dolphinariums pass off starving their mammals for entertainment as them enjoying it. Retired trainers talk about "Working Weight" to keep the animals motivated to perform. Withholding food is abuse, when these people are supposed to care for these animlas.

SeaWorld says they don't take cetaceans from the wild, yet they have in their care Tilikum who was stolen from his family at age 2 - His family followed the boat calling frantically until it was out of sight. He now lives at SeaWorld Orlando in captivity. Imagine swimming with your family one moment and then being kidnapped never to see your family again the next.
(Source: http://www.freetillynow.org/) "This Orca’s name is Tilikum and he has been living in a cement pool since he was taken from his mother’s side in the ocean at the young age of approximately 2 years old. He was captured in November of 1982. Unlike other cetaceans living in captivity, Tilikum’s interaction with the SeaWorld’s trainers and with the other whales kept there is very limited because of his proneness to aggression.

SeaWorld, however, despite Tilikum’s obvious aggression, has thus far refused to humanely release him to a seapen for rehab, and instead continues to use him as their primary stud in their “superior breeding program”, not knowing whether his aggression will be passed on to his many offspring.

Click here for a timeline of Keiko's Life from when he was first taken from the sea to his return to the sea. Proving release of captives is possible. (Source: The Orca Network) SeaWorld wouldn't even take Keiko - the Orca at first because they knew he would be released and they didn't agree with that.